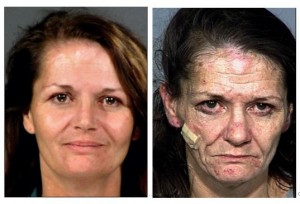 One of the most saddest things to me and through my journey of change is thinking about people from the past. I often think of people who use to be around a lot and wonder what happen to them? How did they lose it so much? some went to jail, some died , and some are still stuck.

Through my order was a vicious cycle of people who were lost and people who were slowly becoming disconnected with the world and themselves. I saw a big change in some  people and this was just on the 18months of my order. It really eats me up inside and i always think ” fuck how does this happen?”.  it’s so sad to see people fall , become sick and possessed that you don’t even recognise them anymore, not only does their appearance change but everything about them does.

I remember dealing and having people give me their mums rings, brothers play stations you name it. People would steal and give away their loved ones possessions like it was nothing,  just to get high and even when i refused it they would forcefully insist that i take it.

How do you get so desperate that you would give away your loved ones possessions?

Hey even i use to get desperate at times as well. Before i started dealing i was stealing money out of my dads work bag like it was nothing, and now when i think back,  i think  “what the hell?”  how could i of done that such a thing.

I have been possessed by drugs before which made me steal, fight , rob and do anything just to get high.

The cycle was so bad that i even became paranoid of people stealing from me. When i was dealing i would never leave drugs around or unattended because people were almost possessed when it came to drugs and acted out of the ordinary from what we know them to be.

It is really really sad. When we are young we try everything and its all cool and fun and games but as we get older and are taken away from the environment and then put back into it just for a glimpse it is really really disheartening to see.

This weeks post is from my heart more than anything. It’s just an eye opener which helps me push the Youth YOU Program more because i hate to see this happening to more and more people and if i can stop it, i will with this program.