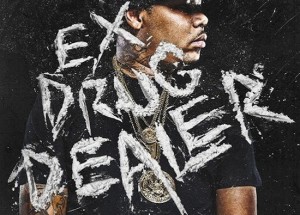 One of the things that was interesting when I look back on it right now after many years of drug dealing was the people scoring drugs off me, they were all different people, people with different backgrounds, jobs and lives.

I think sometimes we have this stereotype or image of what a drug users should look like or act but one thing that was eye opening was that there are very highly functional people out there who are taking drugs on the daily.

But in saying that the people who didn’t function as well and had difficult lives and minimum wage jobs or even jobless were the one’s stressing more and becoming desperate by the day, always looking for another hit.

The functional people had families, good jobs and didn’t seem to worry about life as much but were also very addicted to their drugs.

My point is, it doesn’t matter if you’re a highly functional person or a person who is struggling, at the end of the day taking drugs is taking drugs and deep down you know you are doing it to escape something.

Go get help because no one I know or met ever said they loved drugs and it has given them the best life ever. Like everything else bad it all catches up to you, trust me you want to change before it’s too late.

So next time, stop being in denial and take a real good look at yourself and ask yourself why am I really doing this? And do I want to be doing this for the rest of my life? And if I could stop now, what would that mean to my life.